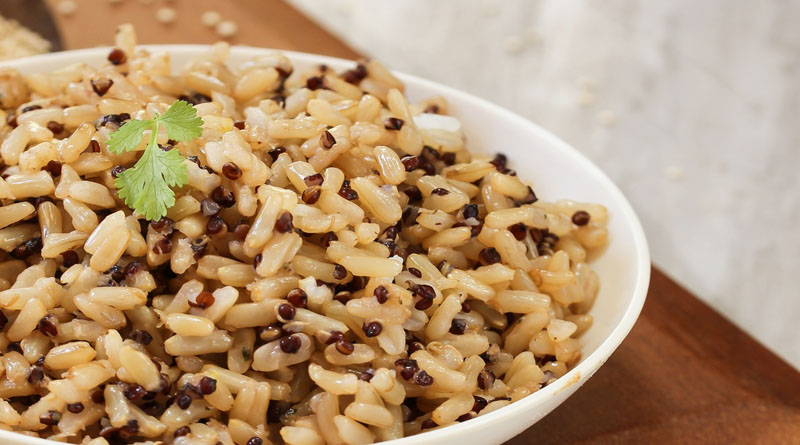 Is Brown Rice Better for you than White Rice?

Brown rice, sometimes referred to as ‘Hulled Rice’, is a natural grain that is only partially milled. It’s one of those foods that you will see added to a weight loss expert’s meal plan or a doctor’s recommendation for the reduction of diabetes.  Brown rice is mild in taste and possesses a chewy texture, much different from its white rice counterpart.

The debate has been ongoing in terms of which grain is better for a person’s health, and more specifically – heart health.  White rice versus brown rice has been a hot topic in the confines of the diabetes research departments throughout the world.  Why brown rice is better for you is one of those ongoing questions and concerns.

They both have the same caloric value, macro and  micronutrients, and even protein levels, but why is brown rice better for you than white rice?  The reason lies among the processing and nutritional components of the grain.

Brown rice is produced when the husk of the grain is removed, while the production of white rice includes the removal of the husk and two more layers beneath the husk, referred to as the bran and germ layers.  White rice is comprised of only the endosperm, a starchy component of the grain.  During the removal process, many vitamins and nutrients are lost and only starch remains.  Iron, vitamin B3 and vitamin B1, and even magnesium are all lost during the processing component of white rice production.

When the bran layer is removed from the grain of rice, rich oil is taken away which is known for assisting in lowering LDL cholesterol.  Brown rice remains untouched and essentially unspoiled as it contains dietary minerals and rice bran oil that assists in lowering one’s cholesterol levels.

A study conducted by Dr. Qi Sun published in the Archives of Internal Medicine, an online publication, revealed that Americans are beginning to consume rice at a much higher frequency and amount than in previous decades.  The population eats both white and brown rice, but favors the consumption of brown rice.  The study failed to determine if the over-consumption of white rice in the United States correlated with the obesity rate and increase, but did reveal that whole grains are being replaced with rice.  The study is ongoing and new results and findings should be updated as time progresses.

White rice offers a significantly higher glycemic index than brown rice, according to nutritional experts.  The glycemic index is a tool for measuring how fast a food product raises one’s blood glucose level, in comparison with a control of the same amount of glucose.  A food with a higher glycemic index, such as white rice, is shown to increase the possible development of type 2 diabetes and symptoms associated with the disease.  White rice should be replaced with brown rice or a refined grain in the attempt to prevent the onset of type 2 diabetes.

Poor carbohydrates can do damage on the body’s blood sugar levels, causing an increase in a person’s risk for type 2 diabetes.  Obesity, heart disease and other cardiovascular problems can also occur with the over-consumption of poor carbohydrates.

Why Do I Get So Bloated After I Eat?

Award Winning Chili Recipe / How To Win A Chili Cookoff