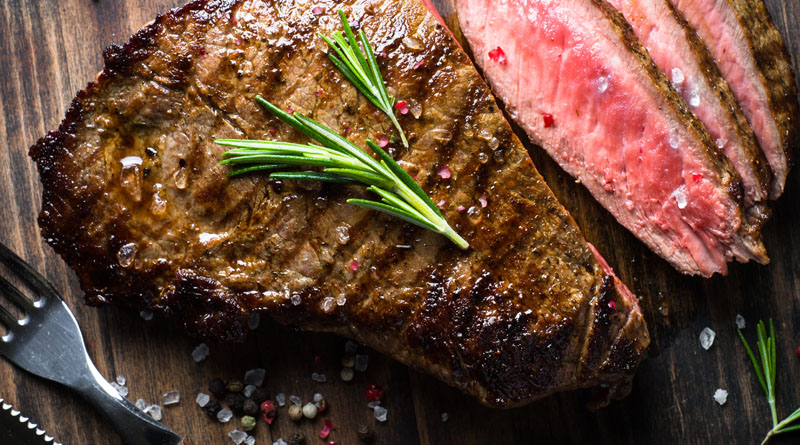 Benefits of Keto Diets Not Related to Fat Loss

The ketogenic diet was all the rave in 2018 and as we approach the midway point of 2019, the high-fat, ultra low-carb diet shows no signs of slowing in its popularity with individuals seeking to lose weight and improve their health and wellness.

But, weight loss isn’t the sole reason for transitioning to a ketogenic diet. There are a number of benefits beyond increased fat burning and greater satiety that accompany the popular diet.

With that in mind, let’s discuss a few of the lesser known and advertised benefits of the ketogenic diet.

Many forget that the ketogenic diet was initially created to treat epileptic children. In case you weren’t aware, epilepsy is a neurological disorder in which nerve cell activity in the brain is interrupted, causing seizures.

But, everyday men and women are finding less brain fog and heightened productivity when deciding to fuel their brains on ketones as opposed to glucose. In fact, the brain can derive up to 75% of its fuel from ketone bodies!

As we all know, the brain requires tremendous amounts of energy (in the form of ATP) to perform at a high level, and it is the mitochondria present in each cell of the brain that creates this ATP. One of the biggest benefits of the ketogenic diet is mitochondrial biogenesis.

Ketogenic diets cause an upregulation of mitochondrial genes involved in energy metabolism while stimulating the creation of more mitochondria. This not only means you have more energy-generating organelles, but also higher-powered ones too, which enhances the capacity of brain cells giving them more energy to perform at a higher level for longer.

Ketone bodies also have been found to exert protective actions in the brain as animal models indicate ketone bodies (like BHB) can help prevent harmful reactive oxygen species from damaging brain cells. For these reasons, researchers are exploring the use of ketone bodies and ketogenic diets as an adjunct treatment for many neurological disorders, including Alzheimer’s, Parkinson’s, and Traumatic Brain Injury (TBI).

Furthermore, being in ketosis increases GABA signaling. GABA is the primary inhibitory (relaxing) neurotransmitter in the brain that opposes glutamate, the main excitatory neurotransmitter.

Both are essential for proper cognitive function, but excess glutamate can induce neurotoxicity and cell death. By stimulating more GABA activity, ketogenic diets may help create better balance between neurotransmitters and allow for greater cognitive function.

Brain-derived Neurotrophic Factor (BDNF) is a protein found in the brain and spinal cord that acts on specific neurons in the central nervous system.

Ketone bodies have been documented to trigger the expression of BDNF which can improve learning, memory, and higher-order thinking.

In addition to its cognitive benefits, ketogenic diets may also be useful for improving stamina in endurance training and competition.

Typical endurance athletes are required to rely on sports drinks, energy gels, and other fast-digesting forms of carbohydrates to keep a steady supply of glucose going to their muscles during the multi-hour competitions.

Instead of worrying about where your next hit of sugar is going to come from every 2-3 hours, ketosis allows you to run on the energy-rich fat stores on your body. This provides you with thousands of calories worth of energy to keep your muscles fueled no matter how long you train.

Beware though that if you’re used to running on glucose, it will take some time (up to several months) to become proficient in using fat for fuel. So, if you’re in the middle of a competition season, switching to a ketogenic diet may not be for you. Ketogenic diets also often result in losing a bit of your “top end” speed.

This is because for fast-twitch activities like sprinting, the body primarily relies on glucose. So, if you are looking to engage in high-intensity activities, ketogenic diets may not be right for you.

But, if you are a recreational athlete or in the off-season, you can try experimenting with the ketogenic diet and see how it impacts and possibly benefits your performance.

While much of the focus on ketogenic diets in related to weight loss, it does offer a number of appealing benefits for individuals who may already be at a healthy body composition. If your current diet is leaving you in a perennial state of brain fog or you’re looking to optimize your cognitive performance further, the keto diet may be worth checking out.

How to Check for Diabetes

Why are Vitamins Important when Dieting?

Vance’s INCREDIBLE 365-day Weight Loss Transformation will BLOW YOU AWAY!

Why are Vitamins Important when Dieting?