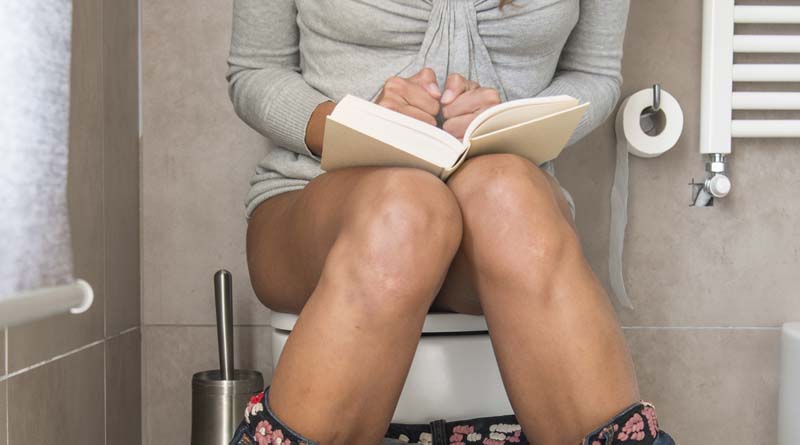 Does Pooping Make You Lose Weight?

The Gist of Things
0 Likes
0 Comments

Kind of an awkward question, but a legitimate one nonetheless – Does pooping make you lose weight?

Yes, pooping does make you lose weight. But it’s only temporary. Studies done on this very subject show that the average stool weighs about .2-.24 pounds. That’s right, your poop weighs about 1/4 of a pound. After last night’s all you can eat buffet it probably weighs even more, but that’s a whole different topic.

If you’re tracking your weight loss by getting on the scale you should probably go number two first, because it can affect your numbers. Obviously the downside to this weight loss method is that it is only temporary. You’re going to eat again and replace the weight you just deposited into the toilet.

Some people abuse the body’s capacity to poop and take laxatives after they eat in order to constantly have bowel movements. This is dangerous and very unhealthy. It’s also a sign of a major eating disorder.

If you who start exercising and eating properly you will find that you go poop more often and on a consistent basis. That’s because your body is adjusting to a new lifestyle. It’s also because your body is working like a fine tuned machine that’s processing foods and making waste! It also has to do with an increased metabolism as well.

Should I Workout at Home or the Gym?

Should I Avoid Eating Before Bed?

Do This EVERYDAY to Lose Weight

Why Am I Losing Weight?

When Is The Best Time To Take Vitamins?

When Does Your Body Go Into Starvation?

What To Wear During A Workout: A Guide For Men and Women

Is Mayonnaise Bad For You?

Don’t Give up on Exercise!

Can Too Much Sweating Be Dangerous?

Are Pineapples Good For You?

Are Pickles Good For Weight Loss?

Are Nectarines Good For You?