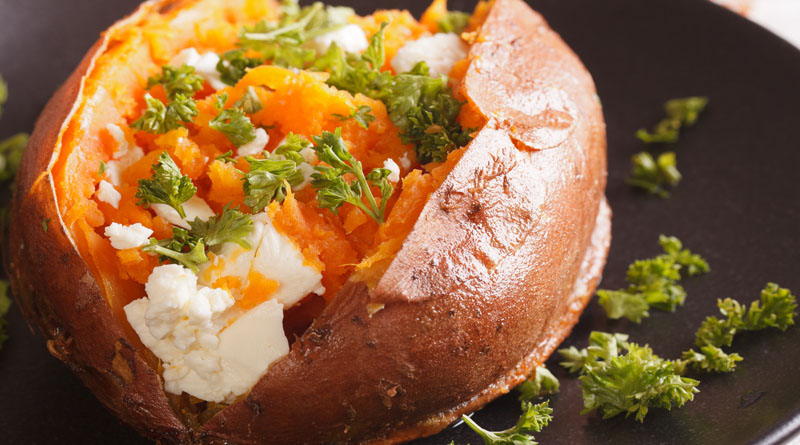 Sweet potatoes are a staple crop all over the world, but can they be part of a Paleo Diet? They feature heavily in the cooking of the American South, as well as South America, and in lots of Asian cuisine. As the name suggests, they’re sweeter than ordinary or ‘white’ potatoes, and under some guidelines they count as a vegetable where white potatoes don’t because of their lower glycaemic index and higher fibre content as well as their higher vitamin content. You can do almost anything with a sweet potato that you can with a normal one.

But are sweet potatoes paleo? Sweet potatoes are a starchy tuber, and that’s a no-no to paleo eaters, at first glance. However, some research shows that there’s a place for sweet potatoes and starchy tubers generally in the paleo diet. They’re a source of ‘safe starches’ that can be added to paleo dieters’ training diets to cope with increased energy needs. Some paleo trainers and diet advisers recommend using large portions of starchy tubers infrequently. This supposedly mimics ancestral eating patterns and also offers the best trade-off between carbohydrate as nutrition and its effect as an insulin system stressor.

To sum up, then: They can be paleo if you eat them in a paleo way. 140-200g of carbohydrates from sweet potatoes, once or twice a week? Very paleo. Sweet potato pie every night? Not so paleo.

Are Cashews Good For You?

Award Winning Chili Recipe / How To Win A Chili Cookoff